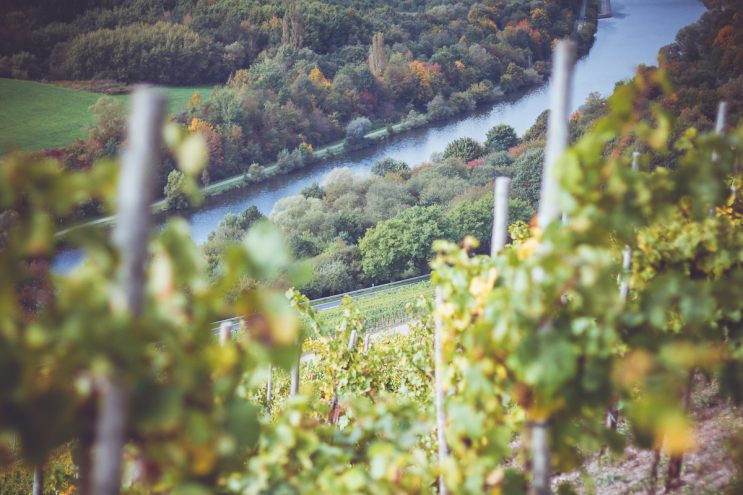 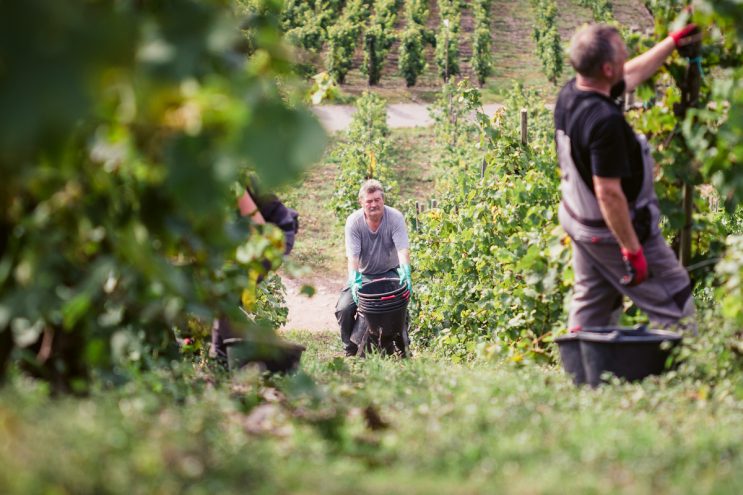 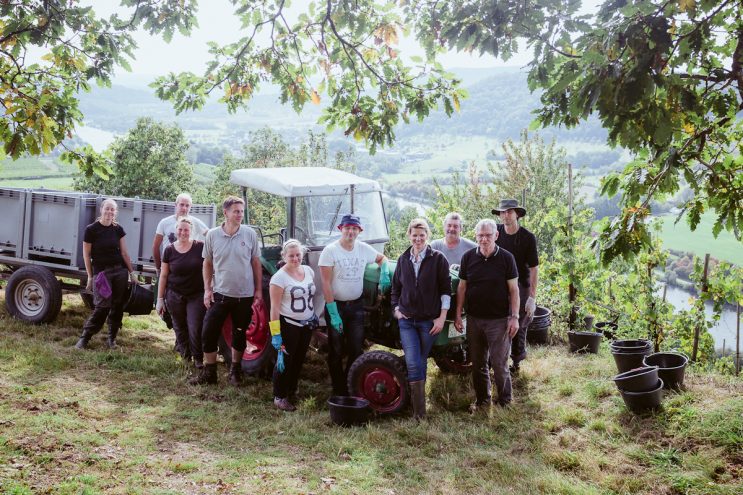 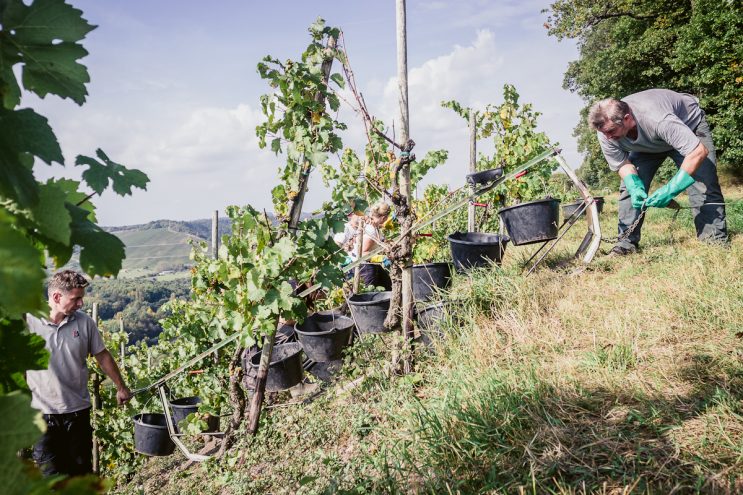 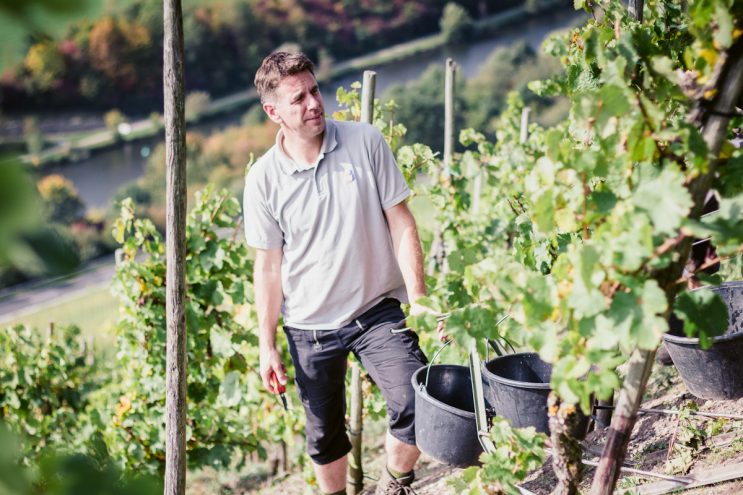 What would a Kanzem estate be without Kanzem vineyards? Back in 2015, while still on maternity leave, Anna made a habit of taking long walks with the baby stroller. She took to knocking on the doors of the town’s older resident vintners and asked what was going to become of their steepest and, at that point, fallow parcels on the Kanzem Sonnenberg. From ten different owners, Anna and Stephan Reimann were presented with the option for a total of two hectares of vineyards. And so began Weingut Cantzheim.

Just one year later Anna and Stephan found themselves unable to resist the temptations of an overgrown ultra-steep site in the heart of the Saarburg Fuchs above the city’s Niederleuken district. The parcel they initially rented has since been expanded to include additional parcels to the left and right. These have been joined by more vineyards in Kanzem on the Sonnenberg and the Altenberg, as well as sites in Wiltingen, Filzen, Ayl and Wawern. They owe their access to these grand treasures to Peter Reinert, a highly appreciated colleague and experienced vintner who opted to pass his vineyards into Cantzheim’s hands as he moved toward retirement — what an honor and what an opportunity for Weingut Cantzheim.